Let’s not beat around the bush, it was a really wet weekend in Brisbane on the weekend of the inaugural Hidden Lanes Festival. As I gathered my wet weather gear and went to the Valley, I thought that this little festival might just be washed out.

Hidden Lanes Festival had put out some smart messages in the days leading up to the event, once the weather decided to be uncooperative, letting festival goers know that all the music would be undercover and go ahead, the rummage sale would move to The Zoo and the masterclasses were being held indoors. Armed with that information, a good-sized crowd crammed themselves into every sheltered spot on the festival map. 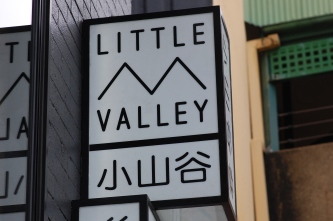 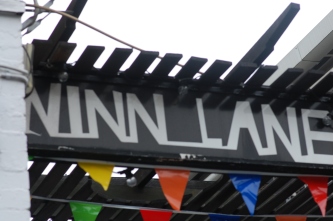 Winn Lane has been a favoured destination for me since it’s close to The Zoo, Tym’s Guitars, and has Ben’s Burgers in it. Recently they have been hosting pop-up shops, my favourite being the beautiful plant shop Max and Mort who was holding a sale that day as part of the festival.

Bakery Lane has some fantastic food outlets, with the best-named bakery I’ve come across – Cakes and Shit. Lucky Lane is really a service lane that leads through to California Lane – let’s hope they develop this lane to complement the other bigger lanes and Little Valley gets its name from the restaurant at the head of the lane and is also a service lane.

California Lane is the newest laneway to be opened to the public, it is clean and white (despite the rain). California Lane was named in honour of the California Cafe (see the little mini-museum at the location). The refurbishment of the lane space has allowed the restaurants and cafes on Brunswick Street to extend their seating to the decks created out the back. 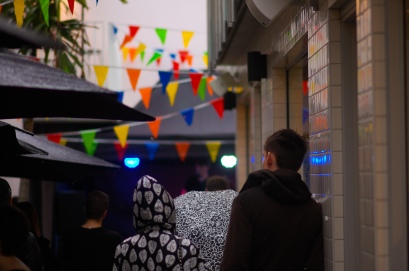 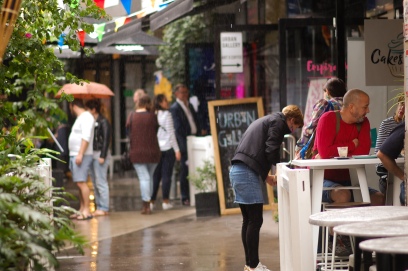 The music put on by the festival was eclectic and fitting for the small stages placed in each of the main laneways. Normally I would tear around a festival and try to see as much as possible, today not so much. I mapped out where I wanted to be, in an attempt to keep me and my camera dry.

My first stop was The Zoo, to check out the rummage sale and the band that was playing at the same time. The rummage sale was busy, the band had lots of their friends up watching them, it was an ok alliance of market and music.

My next stop was off to see Anouk and Ben Ely in California Lane. This father-daughter duo need to do more gigs, Anouk Ely has a great voice and Ben Ely supports her talent as well as showcasing his own not insignificant ability. The shops that have opened in California Lane were also open showing off their new spaces and wares as well as the artists quarter on the deck at California Lane and exhibition in Reverend’s Fine Coffee and Bar.

The next hour or so before the rain really decided to belt down were spent visiting the different laneways and seeing what festival goers were doing, most were enjoying the live music under umbrellas and ponchos. When the rain bucketed down I beat a hasty retreat to Blutes in the Brunswick Mall as they do have the best bar snacks in the Valley.

After the mini-downpour ended, I went across to Tym’s Guitars to see Whalehouse. This band is my favourite thing that I saw all day. Despite being cold, wet and my camera beginning to fail under the soggy circumstances, it was a bright happy half hour of songs about the sea and the beach. Awesome Devo cover too.

The fashion shows had moved inside to Laruche and there was very little room to move here. I decided to catch the tail end of the Harry J Hart Trio at The Zoo, then went over to Bakery Lane to watch San Mei and Shag Rock then over to California Lane to catch the end of Minor Premiers. The drizzle still persisted but so did the dedicated crowds.

One of the great things about using the McWhirters Parking garage was the change of clothes waiting for me there. It’s amazing what a pair of dry socks and shirt can do for you. While my camera and phone batteries recharged, I uploaded to social media and checked the laneway Instagram sites.

A coffee to warm up then I was off back to The Zoo for Future Haunts and The Moving Stills warming up the early birds. Both of these bands are why you should always check out the support acts. Second great cover of the day by Moving Stills of the Ladyhawke song, My Delirium. 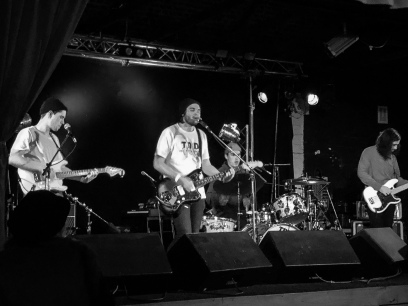 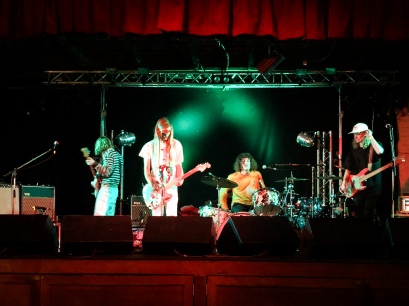 The Moving Stills at The Zoo – Photo Bec Harbour

Most of the crowd at The Zoo were there for the Delta Riggs who have a loyal following in Brisbane. I can certainly see why; they put on a good show and have a lot of showmanship.

I really hope that the Hidden Lanes Festival goes ahead again next year with better weather. If the aim of the festival was to showcase what is unique and great about Fortitude Valley, the organisers got it so right, music, local artists, local designers and local businesses. 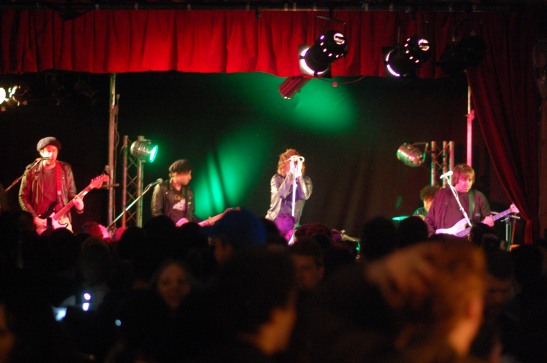 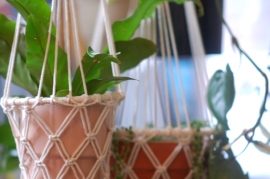 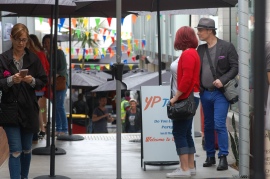