This festival is a really good idea, set up to showcase the local area, the eateries and local businesses, it has succeeded. Set up in the park across the road from the little community of restaurants, cafes and other shops, behind the repurposed substation, there was plenty of parking early on, as well as access to regular public transport.

The festival had a great selection of food and drink and plenty of seating. There was something for everyone at this festival, with “the paint box” for kids (big ones too) to have a bit of a creative moment, plenty of lawn and hay bales to sit or play on as well as family-friendly food options.

The musical entertainment opened with Gooby Jim and the Goobs, who don’t sound as lo-fi playing live as they do on their recordings. They were followed up by Moreton, another band that sounds a lot more up-tempo live than the recordings I was able to find for them online.

The Butter was up next (I envisage a name change for these guys – there are a lot of bands with close variations of that name). They are a good fun, funky band that had a lot of the kiddies having a dance. Then somewhere in between Moreton, The Butter and Jade Imagine, there was a flash mob of sorts that many audience members jumped in on and had a dance.

End of the Line Festival dance off – photo Bec Harbour 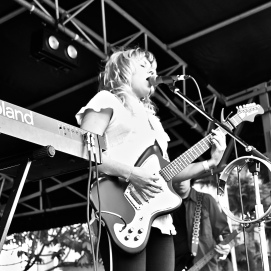 Jade Imagine was a band that I wanted to see as I had enjoyed their set at the BIGSOUND Closing Party earlier in September. I love a bit of fuzzy guitar dream pop, and Jade Imagine have that brief covered.

Fraser A Gorman was next with his country-inflected pop, then Handsome. I wasn’t sure what to expect of Handsome as they described themselves on their Facebook site as “tomboy pop”. Reality is they are a lot of good fun, electronica, it’s good they have decided on their own genre, it suits them.

Body Type has recently re-released their singles as EP. I saw them supporting Alex Cameron at The Foundry earlier this year, and thought they actually stole the show. Body Type played noisy, fuzzy guitar sweetness, with an underlying worldliness. 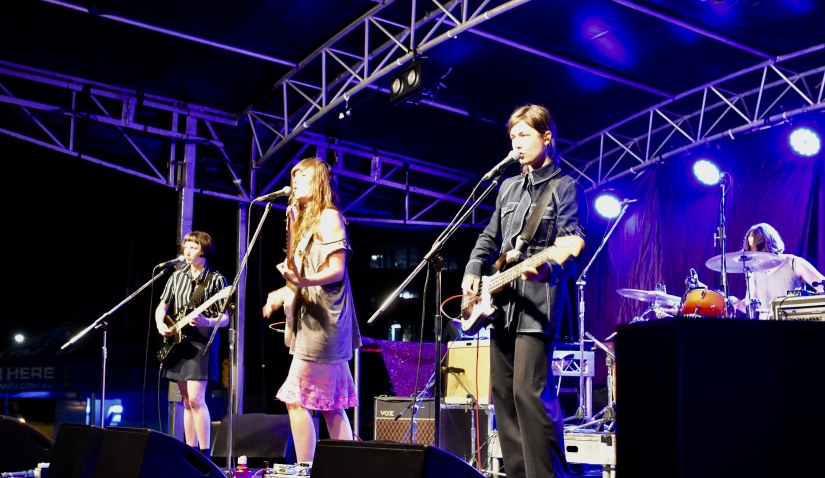 They were followed by Gabriella Cohen, another 2018 BIGSOUND alumni. Gabriella’s music is great, jazz-infused and with plenty of rock to spare.

The festival was a great success, it catered for all people at all stages of their lives (singles, families, retirement). It also showcased what the southside had to offer as a festival venue, food and entertainment, as festivals and music often sit in the domain of the Valley.