The 3rd annual instalment of the National Live Music Awards (the NMLA’s) took place at the Triffid on December 6, 2018. A celebration of all live music in Australia, by Australian bands and in support of a great Australian initiative, Support Act.

Australia has a lot to be proud of in the live music department, my hometown, Brisbane has a vibrant live music scene that keeps me busy as a photographer and blogger. Melbourne has always had a massive live music culture and represents a significant chunk of the live music nominated at the NMLA’s. Sydney is gaining some ground and Perth and Adelaide have their own smaller but significant scenes.

The awards were divided into state and national winners with the gala event for the national and Queensland awards held in Brisbane at the Triffid. The field of nominees across all categories at both state and national level read like a who’s who of touring artists in Australia. The awards are voted on by a panel of 100 experts from around the country and there are 2 peoples choice awards voted by the public.

The Brisbane gala was hosted by Dominic Miller, with live performances from Electrik Lemonade, Pink Matter, Katie Noonan and Timothy James Bowen, Bugs, Alice Ivy and Magic Dirt. The NLMA’s are run by Heath Media, with the event directed by Larry Heath.

The national winners were:

“The Sheddy” Best Live Drummer of the Year
Jen Sholakis

Live Act of the Year – WAAX 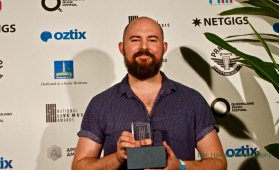 Live Venue of the Year – The Triffid 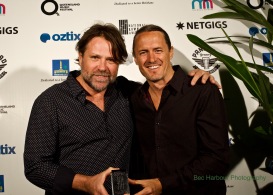 Live Event of the Year – BIGSOUND 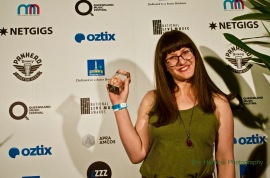 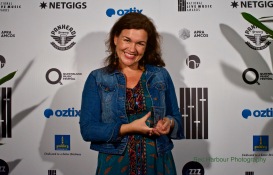